Recently, I was invited by Susan Allard, a friend and a headshot client of mine to attend a Girls on fire networking event.  There, I had connected

with the awesome Sabrina Risley,  CEO & Co-founder of CERTUS™ Professional Network.  CERTUS has hosted more than 700 networking events since 2003 and have welcomed 20,000+ professionals to their events.  Sabrina invited me to be a sponsor and to photograph a huge networking event that she was planning for.  Social Media Shenanigans meetup with Joel Comm and Chris Brogan.  The event in their words "Basically, it's a meetup... it's networking... it's social media... and it's a party featuring Northern Colorado's best and brightest social media and business superstars! It's a time to get out from behind our Facebook and Twitter profiles to become truly social in face-to-face relationships, because that is where REAL value can grow."  I thought it a great opportunity to meet new folks, and get to show off some of my photography skills.

I invited my photographer friend, Roger Williams, to come shoot too since it was such a big event, aside from the facts that he is very talented and new to Colorado.  I thought it a great opportunity to also get his name out and meet new folks too.

Well I must say WOW, I have never been to a networking event like this one.  We took pictures of the event talks, folks mingling, product, etc.  There was also a banner wall, where Roger set up his light to capture images of folks in front of.  Also, someone I met, Tracy Malone bought a bunch of red noses for the Red Nose day charity, you can find out more about it here.  So if you see pictures of people with red noses, you know why.  I could feel the great vibe of the event.  So many smiling faces, people happy to get their picture taken.  Everyone all around seemed to be enjoying themselves.  What a great opportunity to meet people of social businesses.  No doubt it was quite a bit of work but I enjoyed it nonetheless because of the sheer joy that engulfed us.  I even met so many great folks for example, I talked with another X-New Yorker.  Only to find out, Mr Tom Terwilliger, was also a former Mr America.   It was great to meet him and his lovely wife, Dawn.

There is not much I can say that will do better than just seeing the pictures.  I think they say it all.

These two images were captured by my new friend Evelyn and her hubby during the event with her cell phone. First one of me and Evelyn, and the other of me and one of the guests, Tom. 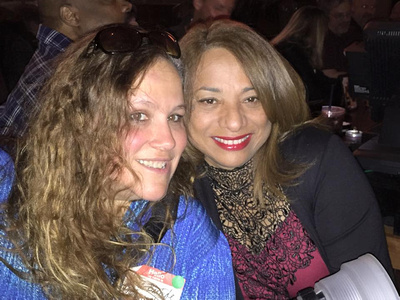 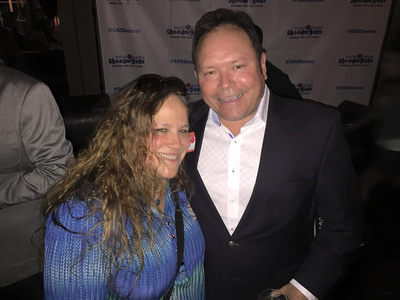 Here is a slideshow of my images from the event.  (please wait for them to load) 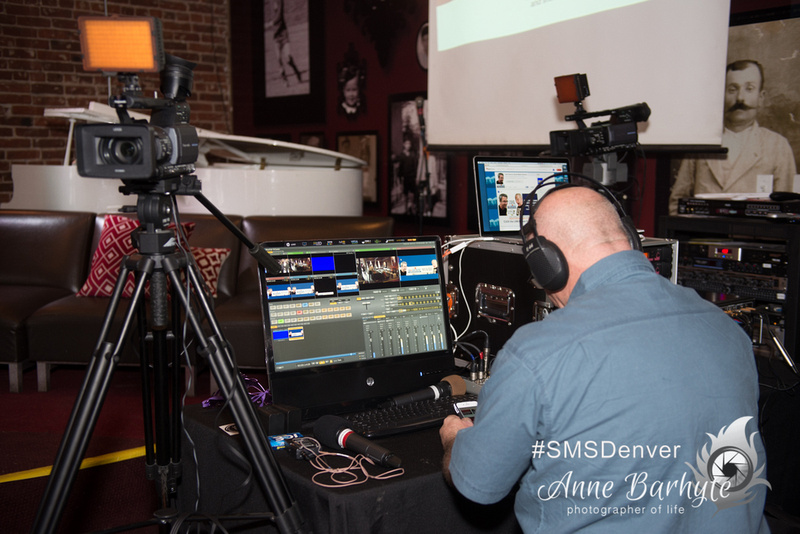 Tracy Malone(non-registered)
Thanks for the red nose plug. I loved supporting such a joyful charity. helps lots of childrens causes. This was my first of 30 nose days to come. what a special group of people. I am still making new friends from this event. Like you very talented girl!!
No comments posted.
Loading...
Subscribe
RSS
Recent Posts
First Cake Smash and I am smitten I am a photographer or am I? Can you take a picture for us, you're the professional! Making Headdresses and Headpieces for shoots Published in Empower, Magazine - Issue Diversity I have been nominated as Denver Colorado's Best Portrait Photographer on Denver's A-List The beauty that you don't see...YOU ARE MORE BEAUTIFUL THAN YOU THINK 2015 Lantern Fest Fun in Colorado Springs Katelynn High School Senior Session Body Art Photography - Denver's Black Tape Event 2015
Keywords
colorado denver photography models art 2014 fashion photographer 2015 portrait
Archive
January February March April May June July August September October November December
Photographer Of Life, LLC © Anne Barhyte Fine Art Photography 2009-2022
Powered by ZENFOLIO User Agreement
Cancel
Continue